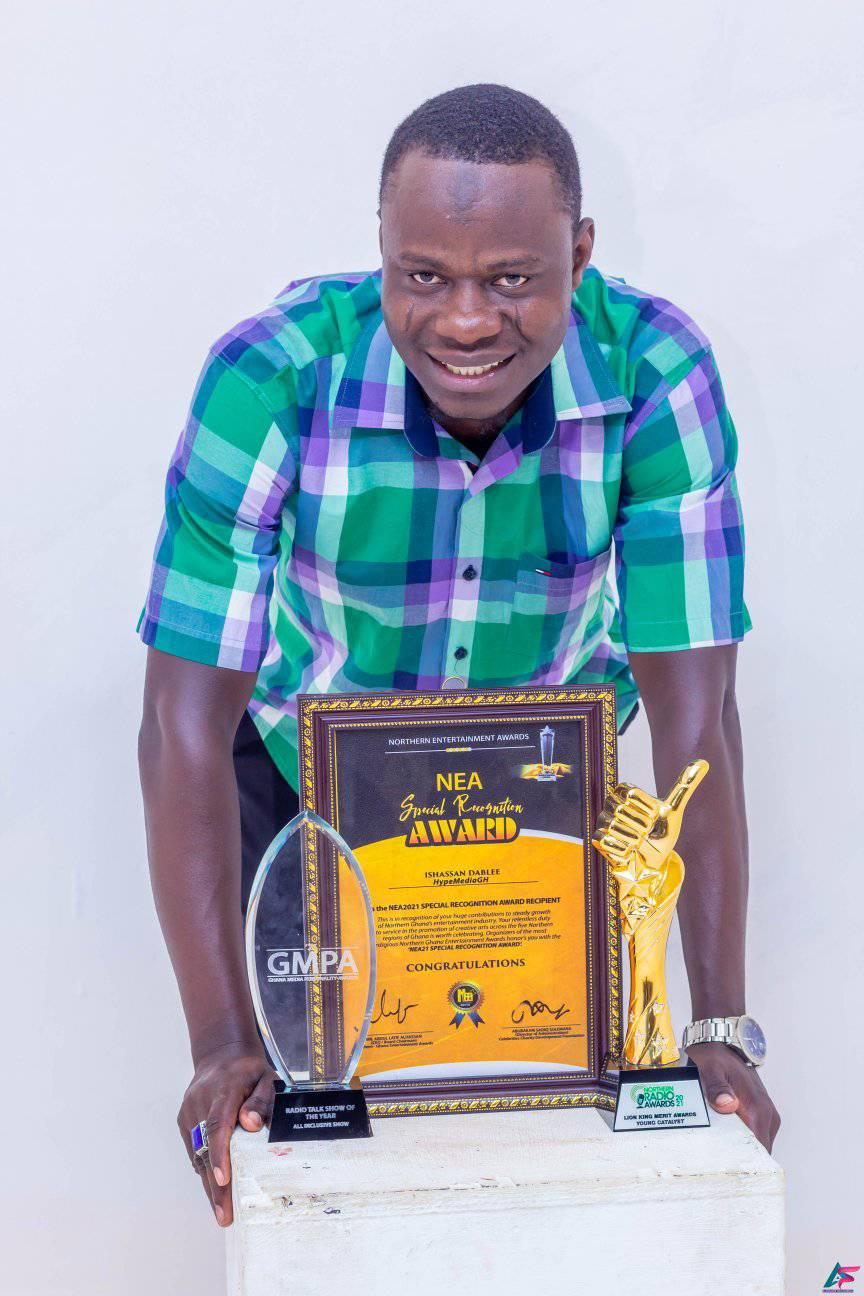 Alhassan Sualey, popularly known as Is Hassan Dablee is an experienced media personality with a demonstrated history of work in the entertainment industry. Is Hassan Dablee holds an enviable record of working directly and running public relations officers jobs for both national and local artists/companies or labels. Notable among his huge list of artists worked with are Diamond Platnumz Wasafi Records, Kawastone, Paa Kwesi, Fancy Gadam, Maccasio, Apprise Music.
Is Hassan’s passion for the profession is enormous and it’s the single reason he has gathered thousands of followers within a few. He deeply understands the rudiments of the Industry. He is very influential in the North and this has lead him to achieve a lot both nationally and regionally in just two years in the industry.
He’s a board member of the Northern Ghana Entertainment Award, a Board Member of the North East Music Award, C.E.O of HYPE MEDIA GH and he’s won the “Radio Talk Show” of the year at the 2021 Ghana Media Personality Awards, won the “Young Catalyst Merit Award” at the 2021 Northern Radio Awards and was honored among the most influential media personalities at the 2021 Ghana Media Personality Awards. Recently, he’s won the “Overall Media Personality” of the year in the 5 regions of the North at the NEA. Ebenezer Akandurugo is a blogger, writer and promoter at Hypemediagh.com.
He is dedicated to whatever he does with passion.